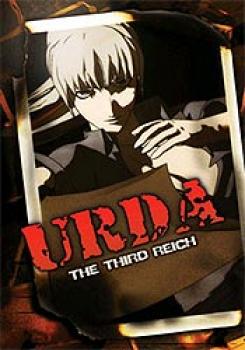 1943, Nazi Germany. Unsatisfied with the speed of his conquest, the Fuhrer initiates the URDA project. Receiving intelligence of an operation to tamper with the very course of history itself, the allies send Elena Kurtz deep into enemy territory. A battle-hardened master commando and deadly fighter, Elena's only match is Glimhild Kurtz, the URDA project's commander. Elena struggles to stop the Nazis and rescue the primary test subject of URDA - a young girl who claims to be from the future. What she encounters is something more difficult to avoid than Glimhild and the Nazi war machine: her own future! Approximate running time: 30 minutes.