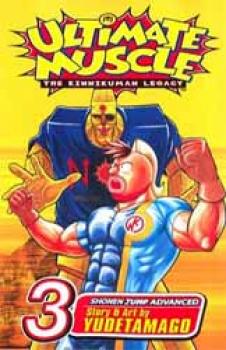 Other items in Ultimate muscle manga US

Kid Muscle, referee? Even though his teammates don't trust him any further than they can throw him (which, admittedly, is pretty far), the Kid finds himself refereeing a brutal match between Terry Kenyon, top-ranked wrestler for the side of Good, and Tyrannoclaw, who is exactly as evil as his name suggests. As for Kid Muscle's own battles, he's less interested in saving the Earth than he is in beefing up his ratings in the fan polls. But bad news waits in the wings: Checkmate, a chess-obsessed wrestler with three heads and no sense of pain. Not even the greatest wrestler in the galaxy can beat an opponent who can't be hurt. And Checkmate isn't about to fight the greatest wrestler in the galaxy: he's got his sights on Kid Muscle! 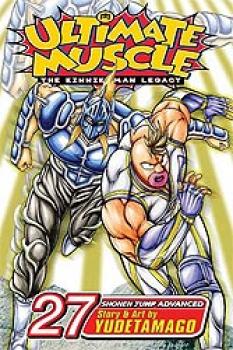