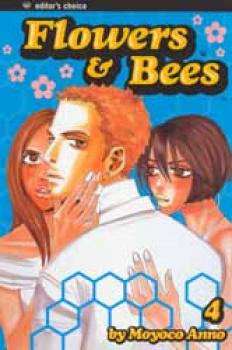 Other items in Flowers and bees manga US

Cruel story of youth! Komatsu's daring quest to be the "21st Century Akira Kobayashi" ends with his dramatic rejection of a system, and a society, that makes men compete on the basis of their looks! "Could we really respect such a winner?" he asks. Presumably the answer would have been "yes," as Komatsu's prideful return to school descends quite quickly into a sea of dumps, dirges, and dissings. For the one thing people really can't respect is a loser - and if Komatsu now thinks things have gotten as low for him as possible, the Devil Sisters are about to hand him a shovel, and tell him to start digging. He thought it was just a figure of speech. He was wrong.