Ruler of the land vol 04 TP 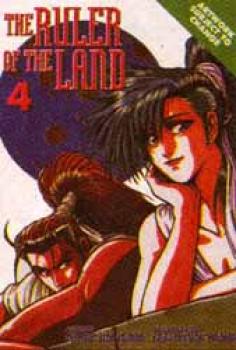 Ruler of the land vol 04 TP

Master Yoo's surprise attack takes Shi-Yun's life when she sacrifices herself to save Sang-Pil. Sang-Pil tries for revenge, but Master Yoo makes short work of him, and tortures him to reveal the location of the Sword of the Flowers. Meanwhile, Bi-Hyun (secretly ordered by Shi-Yun to kill Bi-Kwang) leaves Bi-Kwang behind to find Shi-Yun. Bi-Kwang chases after Bi-Hyun and stumbles across Master Yoo and his men. Master Yoo sees that Bi-Kwang has the Sword of the Flowers and attacks. The battle between Master Yoo and Bi-Kwang takes an unexpected turn when their conflict suddenly becomes a battle between the Trees of Heaven faction and their rivals, the Black Winds.