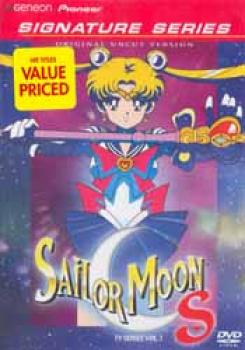 Usagi and her friends would've enjoyed the peaceful rest since their last battle, but they've been studying for their high school entrance exams! Unbeknownst to them, the evil Professor Tomoe and Kaorinite are plotting to conquer the world by harnessing a mysterious power found only in pure hearts. Dreams of a first kiss or honest feelings of love and admiration make innocent people targets for their sinister plan. As the Sailor Soldiers fight to stop the Professor's deadly minions from stealing heart crystals, they are aided by two mysterious warriors, who have their own motives. Can they all set aside their differences to prevent a world catastrophe from occuring?<UL><LI>Premonition of World's end? Mysterious new warriors!<LI>The rod of love is born! Usagi's new transformation<LI>A beautiful boy? The secret of Haruka Tenoh<LI>Usagi's Idol! The graceful genius Michiru<LI>Protect the pure heart! A three-way battle<LI>Leave it to the Moon for love aid<LI>Cold-Hearted Uranus? Makoto in trouble</UL> 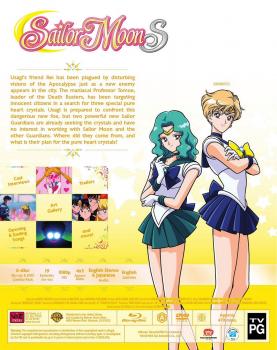 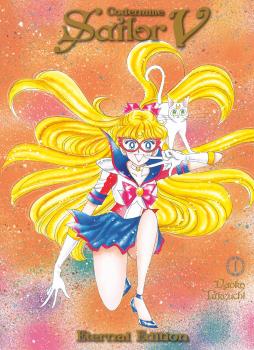 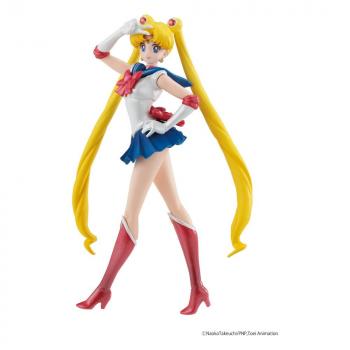 After enduring dubs of varying degrees of atrocity, Sailor Moon fans finally got what they wanted; a release that includes the Japanese original audio with subtitles. And it even comes with a generous seven full episodes on this first disc. Sailor Moon, while harmless fun all round, is not exactly the apex of Japanese animation. It's a kiddie show animated on a shoestring budget, but it has its fans, and they will be very happy with this release. Especially at this low price, a smorgasbord of seven *subtitled* episodes is an utter no-brainer for any Moonie.

Sailor Moon S is often described as the darkest, most serious of any Sailor Moon series. You wouldn't know from these early episodes, though. There's a mention of a vague, apocalyptic menace in the first episode, but it stays firmly in the background so far. The series focuses on the usual incredibly silly monster-of-the-week battles for the time being, though there are hints that more interesting things may be in store later on. There's a new shady enemy, and some of their motivations are given away in shameless expository dialogue (I swear the writing is dreadful in spots. &amp;quot;What is the objective of us Death Busters?&amp;quot;, the professor asks Kaorinite in the first episode. What, does he think she had forgotten?). The big new development is the introduction of Sailor Uranus and Sailor Neptune, however. Their motivations are, for now, just as shady as those of the villains, and the interaction between them and the five other Senshi is anything but smooth. However, Neptune and Uranus radiate an air of cool that just makes you sit up and take notice. The pieces of music that play during their appearances simply crackle with energy, and their attack sequences are downright stunning. Later episodes unfortunately push them almost completely into the background, but these early appearances hold a lot of promise.

One thing that really stuck out for me was how wildly uneven the art quality tends to be in these episodes. We start out with a humdrum episode helmed by Masanori Ando - one of those episodes where everyone has a sharply stylised, kinda fat-faced look, and most things look thick and simplified. Not the best possible job for a series opening. When other animators step in, though, it's anything goes. Episodes 91 and 94 look very good whereas episode 93 looks simply terrible (clumsy art and dopey facial expressions are all over the place - episode 94 has the mark of key animator Taichi Nakamura all over it, and his awfully poor art will make more unwelcome appearances throughout Sailor Moon S). Everything in-between is fairly good without standing out too much. These shifts in art quality are a fact of life for the Sailor Moon series, but the contrast between good and bad-looking episodes just feels that much more jarring now.

That shouldn't stop diehard fans from gorging themselves on some subtitled goodness with this DVD. I find the voices of the inner Senshi rather too shrill for comfort, but the brilliant vocal work of Megumi Ogata as Haruka and Masako Katsuki as Michiru more than makes up for it. The husky, throaty voice that Ogata does for Haruka gives the character that much more edge and screen presence. And obviously, anything is a welcome alternative over the hack job that the English dub provides. Despite rather poor audio quality in the Japanese audio track, this DVD pretty much answers the prayers of every Sailor Moon fan. While too uneven and juvenile to recommend to everyone, particularly older, more jaded viewers, this is an enjoyable slice of Sailor Moon that ought to please whoever likes that sort of thing.