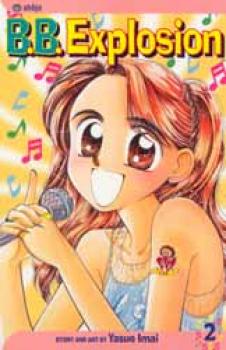 Other items in B.B. Explosion manga US

For star-struck teenagers living in Okinawa, the first step to fame and fortune is an appearance on an American Idol-like TV show called Boom Boom. If they can wangle their way onto this weekly program, they have a shot to become Japan's next big thing. But before that can even happen, these popstar wannabes must first enroll in the big city's actor's school where competition between classmates is ruthless and highly competitive Show business is a fickle business, as Airi Ishikawa is quickly finding out. Fresh off a big and successful Boom Boom concert, she discovers that her friends - and not her - will be given an opportunity to pursue solo careers. Frustrated and dejected, she considers dropping out of school, but as luck would have it, she's introduced to a famous record producer who's impressed with her charisma and enthusiasm. Is the young schoolgirl ready to become Japan's next J-pop superstar? 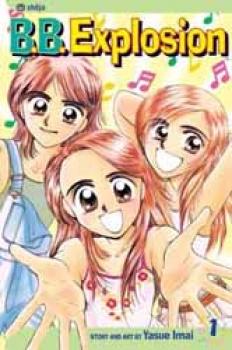