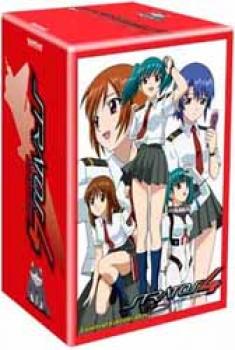 With impending comets threatening to destroy Earth, an elite force is entrusted with destroying these rogue comets in space, while the 'Meteor Sweepers' clean up the leftover fragments that enter the atmosphere. Based on Shimoji Island in Okinawa, teen Meteor Sweeper Mikaze Honjo and her three fellow squadron members spend their free time during active duty managing a local ramen shop. But just as Mikaze starts losing motivation in her work, she'll suddenly discover a new goal in her life¿ Approximate running time:100 minutes. 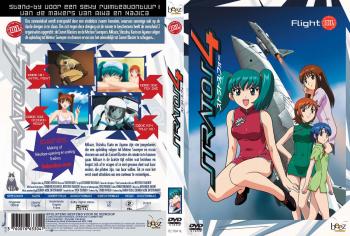 "A relaxed "feel-good" series about four girls shooting down meteors and dreaming of space." by Villain (Finland) on Aug 2, 2006

As a series, Stratos 4 does not aim high. It never pretends to be a perfect anime, it never even tries to achieve greatness. But it certainly surprised me by how well it is made for such an unambitious series. It has pretty looks, nice uplifting mood, more than a decent storyline and appropriate amounts of tasteful fanservice. Even though Stratos 4 never rises to compete with true anime masterpieces, it keeps itself just a notch above the "average anime level" in every aspect so that I must applaud the creators for their consistency.

In the near future, earth is threatened by a swarm of comets and two groups of carefully selected and trained pilots (most of whom are females) will need to destroy them before they hit the ground. The first group is called Comet Blasters and they operate in space, while the second group is called Meteor Sweepers and they have to destroy the fragments of the comets in upper atmoshpere. The series focuses on the Meteor Sweepers, who are trained on a small pacific island.

This release by Bandai is flawless with plenty of hilarious extras from the original Japanese DVDs included. The box is sturdy and looks pretty on the shelf. I wish more anime-series would get similar high-quality releases outside Japan.