Gungrave vol 01 Beyond the grave DVD with artbox 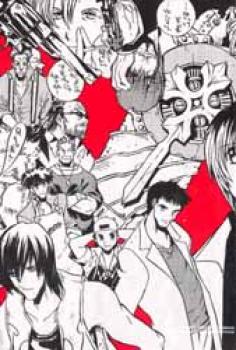 Gungrave vol 01 Beyond the grave DVD with artbox

Other items in Gungrave TV DVD US

Armed with "ceruberus", his twin handguns, and a coffin filled with heavy weapens on his back, Beyond the Grave returns, cloaked in darkness and smelling of the grave on his deadly mission of vengeance!

For Brandon Heat, death doesn't matter. Driven by his need for revenge, he returns from beyond the grave to cripple Millennion, the huge mafia organization that uses undead monsters as its enforcers.His ultimate goal will be to destroy Harry Macdowel, the leader of millennion and, at one time, Brandon's best friend....<UL><LI>Episode 01 - Destroyer in the dusk<LI>Episode 02 - Young dogs<LI>Episode 03 - Rain<LI>Episode 04 - Go</UL> 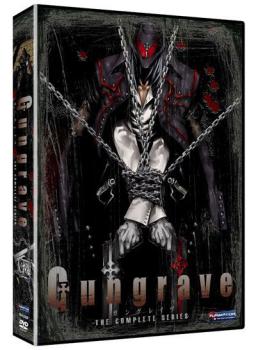 Gungrave is very cool series, telling the story of Brandon, a silent boy who grows up in the gutters of society. Together with his friend he tries to climb up in the ranking of the local mafia.

The story is a very dark but strong one and is my main reason for loving the series. Even being based on mafia relations, the series isn't mainly built of violence/action. The action scenes are great, but not overwhelming at all. I'm not going into full details on the story though, as it would spoil the fun for anyone seeing the series.

I enjoyed this series very much and if you're an anime fan it would definitely suit well in your collection. This first dvd is off course a good start.