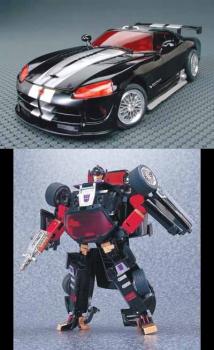 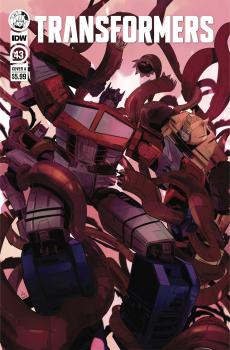 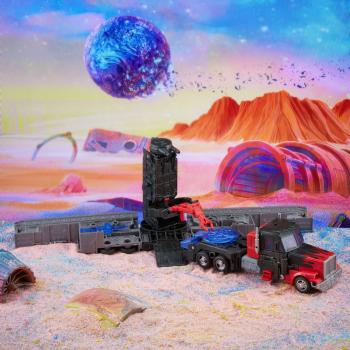 Great Looking Carmode! It is one of my favorite carmodes in the Binaltech-line of Transformertoys.
However the lack of articulation makes it a little bit of a letdown in robotmode, it does however look absoloutly stunning!
The thing is if you display your Binaltechfigures in actionposes this one lacks very much in articulation in the legs (the same thing can be said about Sideswipe and Sunstreaker who shares this mold).

It might not look very much like Dead End did in the G1-tvshow, but it got one of the cooler more good looking robotmodes (despite its lack of mobility) in the Binaltech-line (And that is saying a lot!).
Besides the Autobots vastly outnumber the Decepticons in the Binaltechline, so your Decepticons need any reinforcements they can get!

"The first Binaltech Decepticon - and a little bit controversial." by TBA (Deutschland) on Sep 14, 2004

Many fans are giving the Binaltech Decepticons a hard time, not only because they are &amp;quot;just&amp;quot; retools of previously released Autobots, but also because Dead End sports the head of Sunstreaker (who was Sideswipe's twin brother in the original Transformers series; Dead End is a retool of Binaltech Lambor/Side Swipe). So in short - yes, Dead End looks nothing like his Generation 1 counterpart, even his color scheme rather resembles that of G1 Dead End's fellow Stunticon Wildrider.
However, seeing as the instruction booklet (English translations can be found on a renowned fansite on the internet) explicitly mentions that Dead End sort of &amp;quot;stole&amp;quot; a body that was originally intended for an Autobot, one should be able to see beyond such minor G1 purists' complaints.
Dead End is a sleek Dodge Viper Competition Coupe (although the markings on the vehicle still say &amp;quot;Viper SRT-10&amp;quot;) with all the details we've already been treated to by BT Lambor, plus a few more, which help to make Dead End more than just &amp;quot;Lambor in black&amp;quot;. The obviously not &amp;quot;street legal&amp;quot; red windows and headlights especially help to make the car look really &amp;quot;evil&amp;quot;.
The robot mode is a slight let-down from Lambor, seeing as he shares the latter's flaws (lack of knee articulation beyond a few degrees), plus the remolded chest (due to the hard top remold of the vehicle mode) is less stable than Lambor's and won't stay as easily in position as the latter's.
Aside from that, however, it's an impressive toy once again, with the face looking like an &amp;quot;evil samurai&amp;quot; to me (the colors are completely non-&amp;quot;Sunstreaker&amp;quot;), and a wortwile addition to the line. The next Decepticon will be Swindle, a remold of Hound with a head based on G1 Trailbreaker.
One last note: It appears that the designers had originally intended to give Dead End a hinged trunk, similar to Smokescreen and (Silver)Streak, but then for some reason decided to screw it in position. Once unscrewed, the hinge works as originally intended, although the not really existing &amp;quot;trunk&amp;quot; is not all that impressive.

THis fifth release in the Binaltech series is another viper. But this time, its a racing viper. This toy is like the other toys in this series, perfectly painted and scaled.

he looks just like a normal model car. And he can transform.
Thats 2 reasons to get this toy while its in stock. These Binaltechs are very popular in the US, and they are getting very popular in Europe as well, get this before they are sold out.