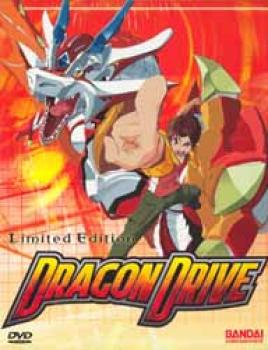 Other items in Dragon drive TV DVD US

Reiji Oozora is the 'tardy champion' at school, a terrible student, and generally gives up on everything! Unable to bear seeing her childhood friend waste away his youth, Maiko Yukino introduces Reiji to a virtual-reality game called "Dragon Drive," a fighting game in which players are partnered with dragons and then fight each other in a virtual-reality city. Will Reiji's underachieving personality and a less than spectacular looking dragon be enough to take on the strongest players and dragons in the world?