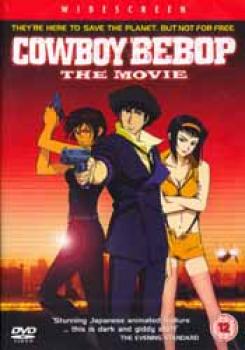 Mars. Days before Halloween 2071. Villians blow up a tanker truck on Highway One, releasing a deadly virus that kills hundreds. Fearing a bigger, even more devastating biochemical attack, an astronomical reward is offered for the arrest and capture of the person behind the destruction. On the space ship "Bebop", Spike and his crew of bounty hunters are bored and short of cash. But with the news of the reward, everything changes.

based on the wildly popular TV series "Cowboy Bebop", the Big screen smash Cowboy Bebop: The movie pits Spike and Co. against their deadliest adversary ever. Featuring stunning, state-of-the-art animation, this action-packed sci-fi adventure builds to a breathtaking, nail-biting climax, guaranteed to keep you hanging on to the edge of your seat. 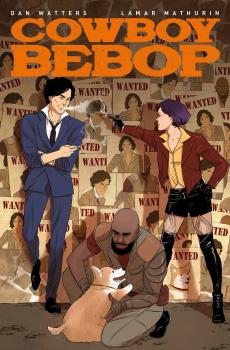 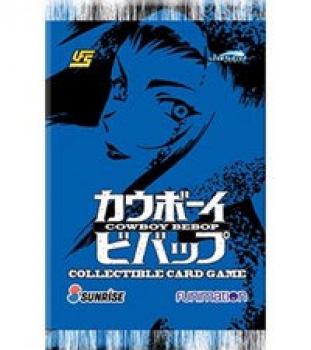 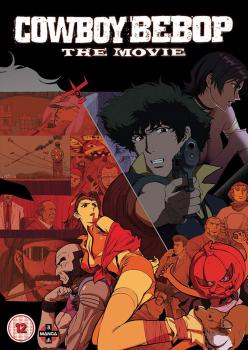 I really love this movie! The graphics are great and the story line is really good. Even if you don't like Cowboy Bebop it's still a great movie. There's much action, with really cool scenes. This is absolutely a must have!

i have seen the movie tree times and still it is a great movie did because the animation is so amazing and it has a great storytelling.

The movie takes place between episodes 22 and 23 of the TV series. Yoko Kanno pulls off another incredible soundtrack that never ceases to amaze me. The movie plot is basically about the characters of the Bebop trying to collect a 300,000,000 woolong reward on a terrorist that sets off a bomb in the city. This may sound similar to the average Bebop episode's plot and that's not far off, but the beauty of this movie is that is indeed so similar to the TV series.

From the very beginning to the end credits the movie oozes the same style and slickness of the TV.
if you've watched the TV series and want more CB, then this is it. Even if you're not interested in CB or even anime, this animation suits well if the purpose is to entertain for almost two hours.