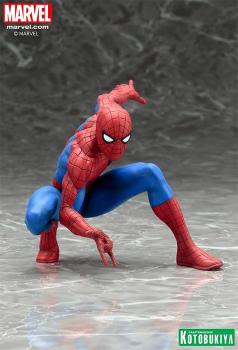 Kotobukiya's Marvel Comics ARTFX+ Statues have brought you Earth's Mightiest Heroes in the Avengers as well as the heroic mutants of the X-Men. Now we're kicking off an all-new series of high quality 1/10th scale ARTFX+ figures based on characters in the world of everyone's favorite web-slinger, so of course we're starting with THE AMAZING SPIDER-MAN himself! In 1962 Stan Lee created the character of Spider-Man, the teen-aged Peter Parker granted extraordinary powers by the bite of a radioactive spider. With great power comes great responsibility, and Spider-Man would use that power to save lives and protect the innocent. The innovative superhero has gone on to become one of the most popular and famous characters of all time, appearing in hundreds of comic books, television shows, and a huge comic book blockbuster film franchise.

The Amazing Spider-Man is always in the middle of the action, and this fantastic ARTFX+ presentation captures him in one of his most iconic poses. The heroic Peter Parker crouches low to the ground, ready to spring up at a moment's notice. His left hand is stretched behind him for balance while his right hand is thrust forward in the classic web-shooting pose. Spider-Man wears his traditional red and blue costume, recreated here with painstaking sculpted detail in the fabric's texture, black webbing design, spider emblem on his chest, and the superhero's lean muscled physique. Sculpted by the same master artist who did the Marvel Now! Avengers and X-Men series, Junnosuke Abe, the Amazing Spider-Man is around 8.5cm tall (in the ARTFX+ 1/10th scale) while crouched, and he too has magnets in his feet to provide perfect stability on his included display base.

Catch Spider-Man before he swings away, and watch out for more Spidey-related ARTFX+ Statues coming from Kotobukiya soon! 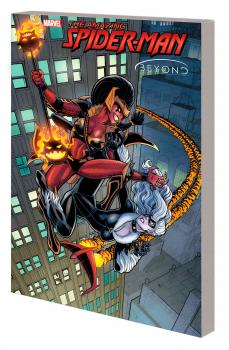 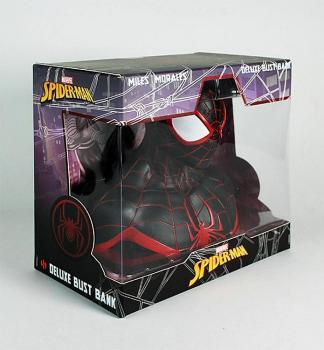