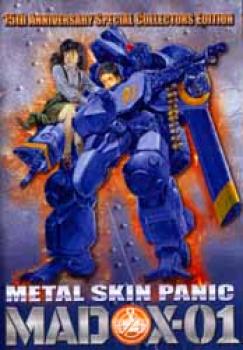 Ace female test pilot Kusumoto Ellie defeats macho tank driver Lt. Kilgore in the first demonstration of the advanced personal battle tank, the MADOX. Kilgore vows revenge, and gets his chance when the army carelessly loses the prototype in Tokyo. Meanwhile, the MADOX is found by Sugimoto Kouji, who presses buttons before he has completed read the manual and ends up zooming around trapped in a machine he doesn't quite know to orate. The army sends Kilgore to recover the MADOX.. Convinced that Kilgore will trash Tokyo in the process, Ellie dons a second prototype and goes after Kouji.. Kouji has his own problems. If he doesn't meet his girlfriend Shiori for a date, he will lose her forever!