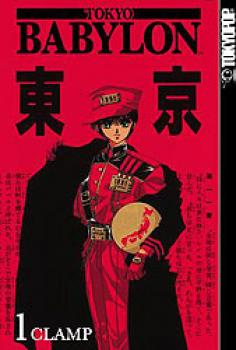 Welcome to Tokyo, cultural and economic hub of the Eastern world. Nowhere on Earth will you find such majesty and splendor ... and such excess and discord! Lurking below the surface of this great city simmer restless spirits and lost souls, products of society's insatiable greed and vanity ...

But there are those among us who live to save us from ourselves. This is the story of Subaru, the 13th head of the Sumeragi clan. He gives peace to the dead. 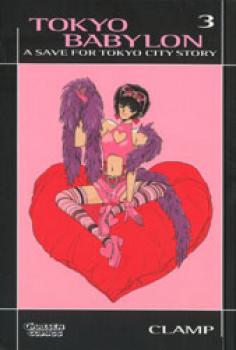 Ofcourse we don't! We love Tokyo! Don't we? This is one of those manga's a CLAMP-fan HAS to have! It is a MUST for your manga-collection. The art is great, the characters are great, the story is great!

I love Tokyo Babylon, it has everything you want in a manga and more. The story is beautiful and very moving. And it's easy to fall in love with the wonderfull characters. Ofcourse is the artwork - as you can expect form CLAMP- eyecandy of it's own, it encouraged me to buy a Tokyo Babylon artbook as well.

I was wondering for a while what Clamp series I should read first and decided to go with Tokyo Babylon. A good choice! I like both the art and the story thus far, and I'm very interested in reading the rest of the series.

This is certainly a manga you should read if you already like shoujo and stories about spiritually gifted characters.

Even though it's one of CLAMP's earliest series, it's totally one the best. Their early style isn't really different than for an example Magic Knight Rayearth, but they use here so beautiful screen tones to make it look artistic, it's just awesome. Just as I said, the one proper word for the artwork is artistic. I got interested of the series , 'cos I like mangas about ghosts, spirits etc. Just like shaman King. The (cute) protagonist, Sumeragi Subaru, is an onmyoji, like one of the characters in Shaman king.
Even though I don't really care about it, but there's a bit of shounen-ai also, but nothing serious, and that's a good thing. All of us don't like it... ^^' Take me, for an example. But it doesn't really matter.