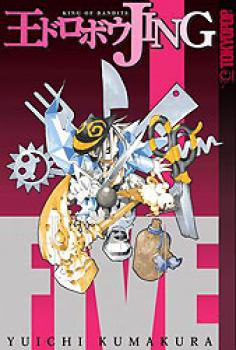 Other items in King of bandit Jing manga US

Will mystery contestant be Zaza's next heir? A strange assasin appeared at Sunday's Mascorrida, the likes of which the tournament had never seen.The mysterious gladiator, enshrouded in armor so dark that it appeared his entire body was made of steel, left a most unusual and foreboding impression upon the crowd.The origings of this warrior, who just barely made the deadline for this year's match, are almost completely unknown. If we are to believe the few words the warrior has spoken of himself, his most recent living was as a mercenary in the East.Certainly, he has taken the city of Zaza by storm. This man seems as sure to rise as champion just as the sun is sure to rise in the East.