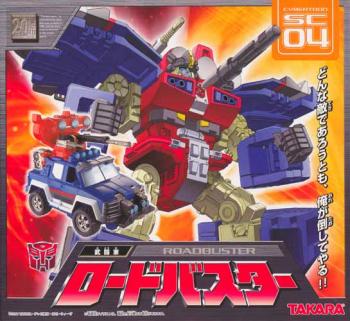 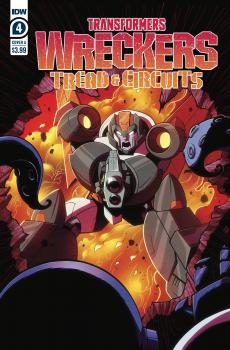 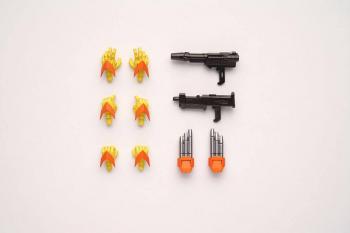 Roadbuster is one of the bigger bots and therefore quite impressive. The car mode doesn't please everyone, but looks better if you remove the robot head/guns. Robot mode looks fine mostly due to the size and adequate poseability. If you liked this sympathetic guy in the anime like I did, you'll probably like the figure too.

So this is the dreaded &quot;tomy/tonka jeep&quot; as it is called because of teh childish looks in carmode, but as i found out quickly it rather a adictive cool toy

In robot mode this guy rocks, it's articulated, it looks though, it can pose in nearly all directions. teh paintjob is also better then teh hasbro one.

the only downsides at this figure is that the canons don't rotate upward, that the sound was removed (downside???) and that he doesn't have a seperate gun, for the rest i would recommend to takara to put in real transparant windows to make him look less tonka and to replace the missile launcher. Then you will have a absolute must buy!

the box insert is brown carton which dissapointed me greatly, that hasbro ways and i don't like that!