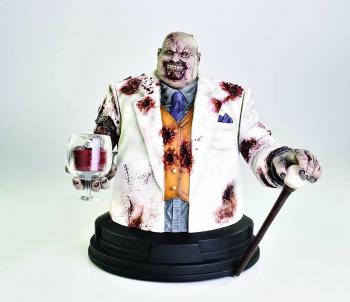 The Kingpin of crime, AKA Wilson Fisk, has been a major villain in the Marvel Universe for nearly 5 decades. Though he is not a super powered villain, what Fisk lacks in powers he makes up in intelligence and sheer brutality. Underneath his obese appearance is the musculature of an Olympic weight lifter, which he utilizes with horrifying results, during the rare occasion when he has to get his hands dirty.In the Marvel Zombies series, the world has been infected by a virus that turns the living, into rotting corpses, who retain their intelligence and abilities. These creatures continue to spread the virus by biting their victims. In the 3rd Marvel Zombies book, the Kingpin finds a way to clone uninfected humans, creating a replenishable food source for the infected, and thus building a new empire.Digitally sculpted by the master artisans at Gentle Giant Ltd., the Marvel Zombie Kingpin features the zombified Kingpin of Crime holding his signature walking stick, and enjoying a vintage, yet grotesque, glass of red. Crafted using only the highest quality polystone, each limited-edition hand-painted mini bust comes individually numbered and is packed with a matching certificate of authenticity. 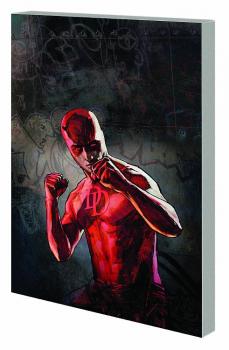