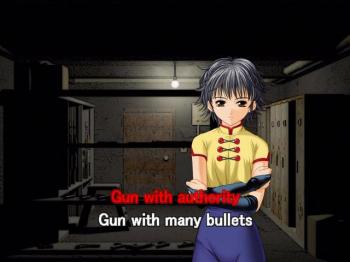 An interactive DVD that defines the ANIME generation.

English and Japanese subtitles!
Over 20 hours of enjoyment and interactive fun!
An abundance of interactive points with multiple endings!
A mind-blowing thriller combining 3DCG movie with still anime images!

Assassinations by the Mafia occur repeatedly in the underworld. Rumors of a mysterious organization called "Inferno" and its most powerful assassin named "Phantom" begin to surface. A young man embarks on a trip alone to the United States and runs into "Phantom" by accident. "Phantom" turned out to be a young girl about the same age as him. Erasing the young man's memories of his past, the "Phantom" trains him to become one of the top assassins in the organization. In a violent and lawless world his journey begins... 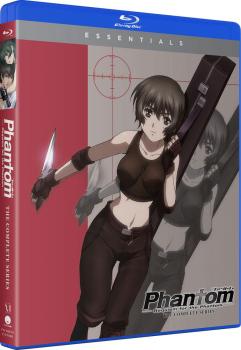 "Phantom of Inferno is an excellent interactive AnimePlay DVD translated to English by Hirameki." by nakano (Finland) on Nov 3, 2006

Phantom of Inferno is based on bishoujo game. All the adult imaginary is deleted from this version but that doens't mean that this isn't a great game. Actually Phantom of Inferno is the best Animeplay DVD I have come across.
The game has multiple endings (5 main + others) and all of them are great. The animation, soundtrack, voice acting (everything is voice acted) and first of all the story are topnotch.
The story tells about a young japanese man whose memory is erased and he is trained to be an assassin by a girl (Ein) of same age. The story has some nice plotwists and overall it's very intresting and
emotional. The result of the ending/story development depends on the decisions the player make during the game.
I have earlier version of this game but I am sure the extras are same: Soundtrack of POI, weapon gallery (only in japanese) and movies of the game (these will be available after getting the final password). Also trailers for POI are included.

Due to adult themes and violence the game should be appropriate for the age of fifteen and up.
(Overall I rate this: 4 and half stars out of 5)