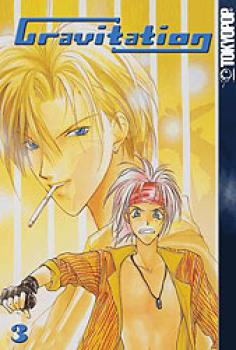 Other items in Gravitation manga US

Shuichi is devastated to hear that Eiri is already engaged - but the show must go on. Bad luck gears up for their debut performance, and Shuichi is tempted to declare his undying love for Eiri onstage. Will such homoerotic romantic confessions cause a career catastrophe? Fame and fortune seem within Shuichi's grasp, but a member of a rival band has some dirt on Shuichi that could shatter all of his dreams. How long can Bad Luck's good luck hold out? 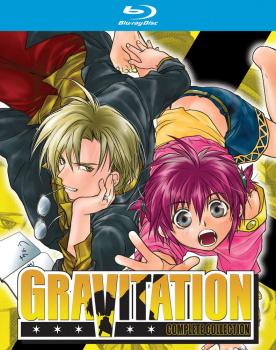 Cute and funny shounen-ai story about the relationship of young singer Shuuichi and popular love-stories writher Yuki. Its worth seeing.

We meet Tohma's darkside in Volume 3! Ayaka Usami steps into the picture and Shuichi has decided that he'll move into Yuki's place with out a warning. He'll cook, clean and even do the laundry. Aren't you curious how that's going to turn out?
Further we meet the sexy little Noriko-chan as the new member and coach of Bad Luck. Further more, Sakano-san made some arrangements for a tv live show on Quiz Depot. A silly game show with silly question. Shuichi doens't want the prize money but something even better! But first the dynamic duo has to win! It's hard to tell with Shuichi on your side..
And Bad Luck has a gig! And guess who's coming to help (and steal the show).. Yes, our lovely, genki Sakuma Ryuichi! n_n
By the way.. He's a total moron in the manga, unlike the anime.. lief debieltje ;)
Volume 3 has another special someone: Eiri's little brother Tatsuha! A 16-year old monk!
Finally, another bad side to this manga: the final manga about his diamand chick! Useless space.. Oh well.. I'm ok with it..
Oh yeah, the gig drawnings are tres chaud!