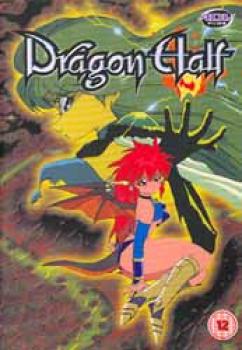 So, you think you have problems? Mink's mom is a dragon and her dad's a knight, and that's just the beginning of her list of teenage anxieties! After all, when you're part reptile and you're in love with a handsome singer who's also a dragon slayer, you just know somebody's going to get burned! So what's a lovestruck Dragon Half to do when her dreams wants her head on a platter, and Mom and Dad are too busy fighting to notice? Why, go to his concert all on your own of course, even if it does mean a long journey filled with sinister villians, bizarre encounters and more strangeness than you can shake a stick at. It's a good thing Mink inherited wings and the ability to breath fire from her mom's side of the family, because when you're a dragon half you don't make friends easily. 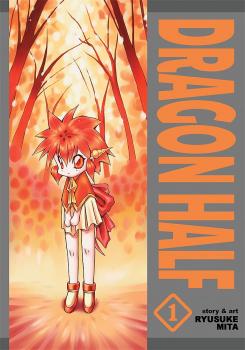 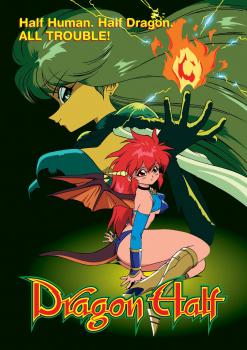 In this anime you meet the crazy half-dragon, half human, female character called Mink. She is truly crazy. Everything in this anime is just hilarious. Packed with senseless humor which is sure to make you laugh. A lot of "chibifying" (scenes where the character turn into funny short characters) and sillyness.
The voices are great on both the japanese and english audio. They fit the anime really well.
The themesong is also very crazy and funny with lyrics that are not supposed to make sense. A great watch if you like comedy. The only drawback is that it's only two parts/episodes, which was too short for me. I wanted more.
Oh and there's an unexpected boobshot at the end of the second episode...