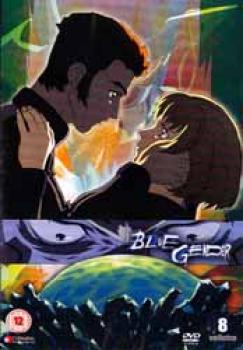 <UL><LI>Soliste
With Rick injured too severely to continue, Marlene and Yuji continue through the Medical Station alone. They arrive at the main computer room to find Tony waiting for them. Now Yuji must confront his one-time friend and rival, and the only way to stop him is to kill him.<LI>Compass
The remaining survivors aboard Second Earth begin to rebuild after Tony's devastating attack. As Yuji contemplates his own place in this rapidly changing world, Director Miyagi lays out his plan to make Second Earth the permanent home of the human race. But there are dissidents hiding in the dark corners and some of them carry guns.<LI>Adagio
Satellite images of the Earth reveal a mass Blue migration in South America, and Yuji volunteers to investigate. Once on the surface, he and his team discover that the Blue mysteriously vanished without a trace. Now, the only hope Yuji has of finding answers lies deep underground, in the dark tunnels below a massive Blue nest.<LI>Let me
A monstruous Blue has emerged in the heart of the South American nest, the only thing standing between Yuji and the answers he so desperately seeks. Unless Yuji wins this battle, all hope for the future is lost - for him, for Marlene, and for the entire human race.</UL>