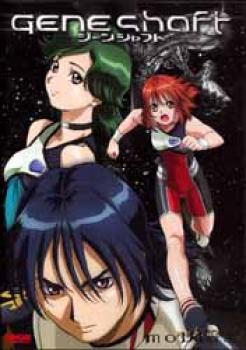 Still in shock over the death of one of their own, the Bilkis crew struggles on. Register Beatrice seems to have had some sort of emotional awakening, and mourns for Mario. Mir, meanwhile, leaves in the Shaft to confront Sergei. Mika attempts to bring her back, but she refuses; in the end, Sofia must retrieve Mika. They return just in time to fight off a new type of Ring.

When Hiroto awakens, he tells them where Oberus is. It's literally right under their noses. However, the stress and strain on the rest of the crew is showing. Beatrice leaves the bridge. Mika, still mourning her friend, refuses to pilot the Shaft. Sergei, meanwhile, tries to sway Mir to his side, so that she'll help him. In the end, it's a contest of wills as Sergei moves to destroy humanity and Hiroto strives to defend it. Man Vs Man! Woman Vs Woman! Shaft Vs Shaft! The final battle for Earth takes place on the Jovian moon of Europa!<UL><LI>Episode 11 - Rite of passage<LI>Episode 12 - The gentle man of Ganymede<LI>Episode 13 - Childhood's beginning</UL>