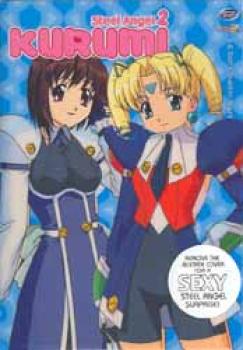 Now that Kurumi and Saki are in the 21st Century - aren't they forgetting something? That's right! Believing the Steel Angels are the only ones who can save the human race from destruction, the Practitioners have awakened their sassy younger sister Karinka, to capture them.

Meanwhile, the spoiled Uruka is as scheming and jealous as ever. This time, she's determined to prevent Nako from getting first prize in the Junior Cello Competition. If Nako wins, she will get a chance to study abroad, leaving Uruka behind!

More than the future of Earth hangs in the balance. Humanity's last hope may rest on who can ultimately find their way into Kurumi's Mark II Heart. Don't miss the breathtaking conclusion to the Steel Angel Series!