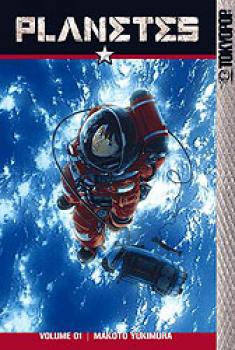 Other items in Planetes manga US

In the near future, mankind's colonization of space is imminent. There are several orbital space stations, a few cities on the moon and plans are already being drafted for a manned research mission of the Jovian worlds. This is the exciting frontier that the young Hachimaki longs to be a part of. Instead, he works as an orbital garbage man, he and his team responsible for clearing away the glut of space junk mankind's foray into space has left in its wake. His team includes Fee, a spitfire nicotine addict tomboy beauty with an abrasive edge; and Yuri, a veteran space man with a tragic past in search of inner peace. Planetes follows the lives of these three debris-men as they work and ruminate at the edge of the great empyrean sea. 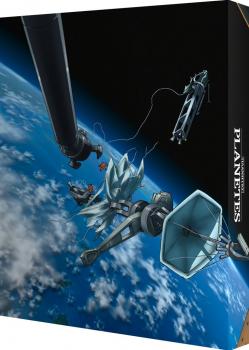 In the near future, mankind has begun to colonize space. There are cities on the moon, orbital stations in space and soon manned research missions to Jupiter will be launched. But for Hachimaki this is all a distant dream. Sure he's working in space, but only as a garbageman, collecting the junk mankind has left in space. Together with Fee, a nicotine addicted woman and Yuri, who lost his wife in an accident, he spends his days collecting old satellites, fuel tanks and other parts of junk. Debris collecting isn't exatly a glorius job but Hachimaki and the others are never the less professionals, performing an essential task.
The first volume of Planetes follows the daily life of these three and basically serves as an introduction to them and their world. It's a great manga and it's easy to see why it won the 2002 Seiun Award. The artwork is top notch and the story is interesting and fun. It's realistic and different from most other sci-fi stories. The only reason why I'm not giving five stars is that I'm expecting more from volume 2.