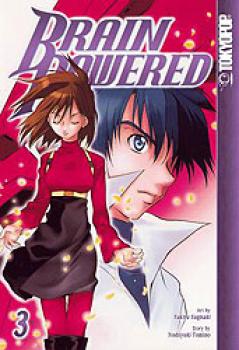 Other items in Brain powered manga US

The Earth is on the verge of ecological collapse. A group of scientists - known as Reclaimers - has commandeered a mysterious undersea base known as Orphan, presumably to survive the Earth's demise. To make matters worse, Orphan's steady rise toward the surface is expected to culminate in the draining of Earth's small remaining reserve of organic energy.

The United Nations ship Novis Noah and its complement of Brain Powereds are sworn to defend mankind against Orphan and its Grand Chers. However, when an explosives-laden intruder from Captain McCormick's past sneaks aboard, the Captain and her crew must stop fighting for mankind's survival long enough to fight for their own!