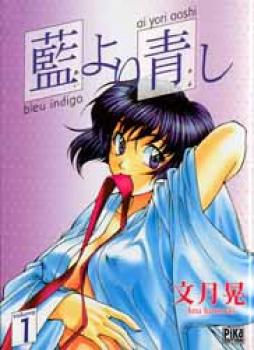 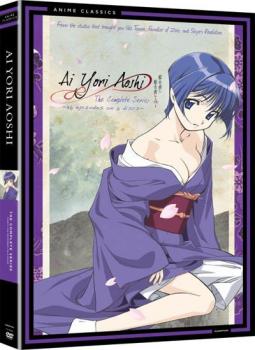 "Wish-fulfillment romantic comedy with a bit more to it" by Mark Carson (USA) on Nov 9, 2003

A wish-fulfillment-style romantic comedy which turns into a harem comedy of sorts when sort-of rivals to Aoi show up. &quot;Oh, no! Not another Love Hina clone!&quot; you're saying. Well, no and yes. First of all, it's not technically a clone, since it apparently started a bit before Love Hina. And the &quot;rivals&quot; are never really serious ones. (Though, come to think of it, that's mostly true in other harem comedies, too.) But the main point is that the back story of Kaoru and Aoi's lives makes for something a bit more interesting (to my mind at least) than usual for the genre, at least through the first couple of volumes.

I think with any of these series, your feelings about it will depend almost entirely on your tolerance level for the main characters. If you find Aoi to be a wimpier-than-Belldandy crybaby, you're not going to be very happy with this one. But if you find her (quietly) interesting, it works pretty well. And a least Kaoru is not annoying, like some of his counterparts in other series. The artwork is of course &quot;professionally cute&quot; throughout, at least if you don't mind the characters' noses disappearing periodically

The Pika edition looks good, unflipped (as are essentially all of their series these days) and on the larger end of the tankouban size range. To render Kaoru's (normal) and Aoi's (formal) speech patterns, they have Kaoru &quot;tutoyer&quot; (use &quot;tu&quot; forms) all the time, while Aoi &quot;vouvoyer&quot;s. I guess that's ok, though it gives me the odd feeling of Kaoru being Aoi's dad or something.