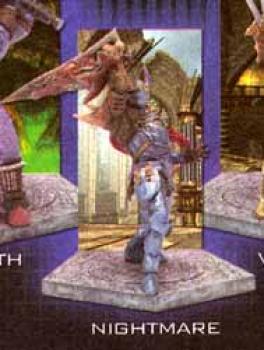 Known as the greatest 3D weapons-based fighting game of all time, the new Soul Calibur 2 features a character, Necrid, designed by Todd McFarlane. McFarlane Toys is pleased to be producing figures from this legendary franchise and is experimenting with 4-inch scale figures, each with a custom base and deluxe boxed packaging for the line. The action figure series is scheduled to be released concurrently with the new game, which is sure to be one of the summer's major electronic gaming hits.