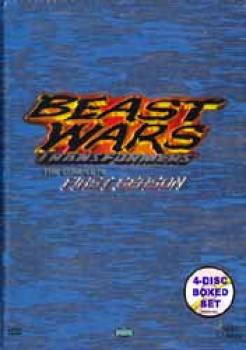 Other items in Beast wars Transformers TV DVD set US 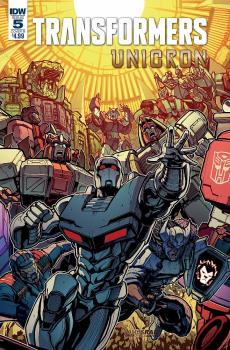 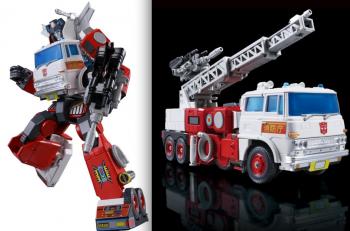 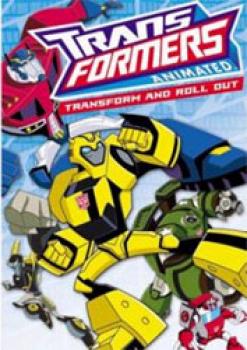 Beast wars is storywise one of the best Transformers series ever. Graphics may look outdated, like the lack of shadow effects, but the stories of the episodes more than make up for it.

In the first season, though, there are episodes with continuity errors or some other weaker elements. But still, Beast wars is likely to be a pleasant surprise for those who dislike the more childish aspects of other Transformers series. For Beast wars appears more as a Sci-fi than children's show. There is a fair share of humour, so the tone of show won't get very dark, although there are few serious themes as well, especially in the later seasons.

If the more organic look of Beast wars transformers doesn't bother you and you're looking for entertaining Sci-fi show, this series is highly recommended.

Here it is the first season of one of the best Transformer series ever. With out annoying humans or childish pratteling humor, illogical plot lines, or less then serious antagonists that plauge the japanese series.
This series is the start of a new serious science fiction direction for the Transformers. Which was sadly not picked up after Beast machines, but that doesnt matter. This series stil stands tall as an absolute land mark in Transformers fiction. With focus on a tightly knit smal cast, whose personalities are explorerd in a way no Transformers series has ever done before. This box set only gets 4 stars. Because even though its great, its merley the start. The writers were stil gaining their footing. Stil testing things out, some episodes are silly or implausible, or could be easly missed. Some of them are superflous , or suffer from teething problems. Epecially the first episodes . But at least the humor is geuinly funny ,not forced.
Never the less even the worst of Beast Wars, is better then the best of Headmasters Masterforce or Victory.
Beast wars is the kind of excellence al Transformers series should strive for and sadly only, obtained and exceeded by its own season 2 and 3 and sequal Beast Machines.
Buy Beastwars as a whole. Buy the Beastmachines box. Watch them back to back and they wil chance your perception of Transformers forever. They will set the expecttions higher and they wil spoil you forever. Because none are better.

"Maximize your Transformers experience" by Taavimus Prime (Finland) on Aug 16, 2005

The first season of Beast Wars is an excellent piece Transformers entertainment. While it is mostly episodic in nature, there is a season long story arc and one of the coolest season end cliffhangers ever.

The characters are some of the best seen in any TF series and feel like real people. Well, at least as much like real people as transforming robots can. My personal favorite is Megatron, excellently played by David Kaye. BW Megatron is far more competent than his G1 namesake and poses a real threat to the Maximals.

Everybody should get this DVD set of what is not only the best Transformers cartoon made, but also the best computer animated show ever.

"THE BIRTH OF THE BEASTWARS" by DANNYISTRANSFORMED (Belgium) on Jan 18, 2005

YEEEEES, AS MEGATRON WOULD SAY,THIS BOX IS A REAL COLLECTORS ITEM,IT IS THE YEAR 1996 THAT THE TOY AND THE SERIES EMERGED TO MAKE ITS IMPACT TO THE FANS AGAIN,SO WHEN THIS BOX CAME OUT THERE WAS NOT A HAIR ON MY HEAD THAT WOULD NOT BUY THIS SERIES BUT LET ME GET YOU A LITTLE INFO,AFTER THE GREAT WAR BETWEEN THE DECEPTICONS AND AUTOBOTS THERE WAS BEEN A TRUCE BETWEEN BOTH FACTIONS,BUT THERE WERE MORE SPLINTERFACTIONS NAMED MAXIMALS AND PREDACONS(THE G1 PREDACONS WERE THE ORIGINAL PREDACONS AFTER THEY GOT ABANDEND TO AN ALIEN PLANET CALLED BEEST,G1 MEGATRON LATER FOUND OUT ABOUT THEM AND RETRIEVED THEM BACK),
BUT THIS TIME NO KIDDING AROUND THIS IS THE BEASTWARS AND ALDO IT SEEMS TO BE THE SAME BEGINNING LIKE THE G1 SERIES BUT ITS NOT,HERE THE MAXIMALS WHO WERE ON DEEP SPACE EXPLORATION WERE CALLED TO ACTION BY THE AUTOBOTS AS THEYRE SHIP WAS THE CLOSEST TO MEGATRONS SHIP TO INTERCEPT THEM BEFORE THEY COOLD USE A SPACE AND TIME DIVICE AND ANY HARM WAS DONE BUT IT WAS TO LATE,TOGETHER THE PREDACONS AND THE MAXIMALS CRASH LANDED ON A PLANET,AND THE BEASTWARS ARE BORN,YOU WILL WITNESS SOME OF THE GREATEST BATTLES AND INSIDE STORY'S THAT ULTIMATLY LEAD TO AND HERE YOU GOT IT THE G1 SERIES,GET THESE SERIES TODAY AND RELIVE THE REAL BEGINNING OF THE TRANSFORMERS.

"The CGI Transformers" by SoundBlaster (Netherlands) on Jan 14, 2005

This series came after Generation 1 (In Japan this classic series was followed up by HeadMasters, MasterForce, Victory, Zone and Scramble City).

This boxset has all the season 1 episodes alined for your viewing pleasure! It has a great story telling and contains some jokes aswell...

Like hushpuppy said, some of the TFfans call this the best series to date. In my book Generation 1 still is, but that's my humble opinion. Hence the 4 stars :P (If I could I'd give it an extra half).

Well, the story begins with the Predacons and Maximals falling into the planet. This is where the Beast Wars start. Mucho fighting, mucho firing, in short mucho action. But there is more. The further you go into the story the more the story comes together. There are some scenes which relate back to previous episodes. And the first G1 incarnate is also introduced in the form of Starscream. Wanna find out what happens when he enters the Beast Wars? Watch it yourself! There's also talk about aliens, so, another intriuging thing to worry about!

The box itself looks nice. The only downside is that the booklet is glued to the inside.... (With the G1 season boxsets it isn't glued, but comes as a loose inlay). The other downside are the extra's..... two little interviews with the mainwriters of Beast Wars. There are som einteresting info mentioned in there (like that the Beast Wars didn't have a real connection with the past, until they read some forum-boars ;)).

But overall, you'll get the whole first season, 26 episodes in total in Rhinomation! What more Beasts could you ask for? (well, yes the other two seasons...They're here..... And Beast Machines, Beast Wars 2 and Beast Wars Neo....yup I completly agree to that....I'd make a wish for that!)

The original Transformers took the heart of many animation fans for a very long time. Even today it's impact can still be found in various Fan Art, the new Dreamwave comics, Fan episodes like Transformers: Redemption, etc.

But one day it all ended. The toys disappeard, the show was gone. Was the legend gone or simply dorment for it's return?

Fans knew a &quot;sequel&quot; was being made but no one knew how it would look like or what the intention was. Would it be a re telling of the beloved storyline or something completely new?

When Beast Wars aired it was a succes without a doubt. Some said it was even better than the original one but I wouldn't go that far....

I also really liked how they didn't forget about the old Transformers but I won't tell how they'll integrate them into the storyline.

I highly recommend this Boxset to any TF or Beast Wars fan because you won't get any better than this and who knows. Maybe after a while this will become a collectors item. So get em while they're still hot!