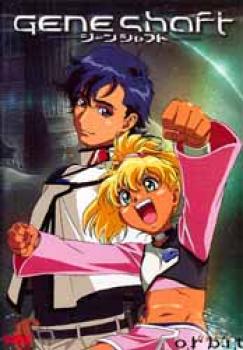 Their numbers are dwindling...
Things aren't going well aboard the Bilkis. The Shaft is still buggy, and despite the best efforts of Dolce, it doesn't seem to be getting any better. And they've all been declared traitors by the I.E.O. since they left seemingly without orders. Captain Hiroto Amagiwa has fallen into a coma, and one of the girls is revealed to be a terrorrist!

When the fleet arrives, Mario manages to buy some time, but there's a wild card in the deck. Jean has arrived, and his hatred for Mario results in a life-or-death struggle: Mir, unnerved by the news that Sergei has deserted them, struggles to find meaning in her life. She helps create a teleportation program that will hopefully allow them to end the conflict between Jean and Mario once and for all!<UL><LI>Episode 08 - The Moon is a harsh master<LI>Episode 09 - Less than human<LI>Episode 10 - The men women don't see</UL>