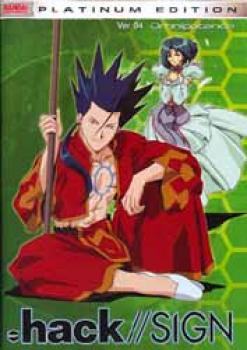 After the battle at the upside-down castle, everyone but Tsukasa is returned to a regular field in The World. Did Tsukasa die? What happened to him, since he was trapped in the game?

He's been captured by the unseen force, previously his ally. Now furious with him, the voice's words have a sinister tone. When Tsukasa does reappear, parts of him - memories, feelings, thoughts - seem to be "missing." He complains that he doesn't feel whole. Is he really Tsukasa, or just a copy of the character's data?

The other characters have their problems as well. BT wants to expand her partnership with Crim, but he doesn't seem interested. Subaru finds out that the Silver Knight has been hiding messages from her. But the final affront comes when the System Administrator informs her of his latest request. One so outrageous that she and the Silver Knight have one final argument - with disastrous results. Contains episodes 15-18. 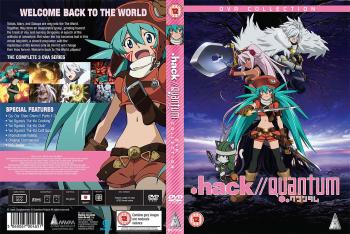 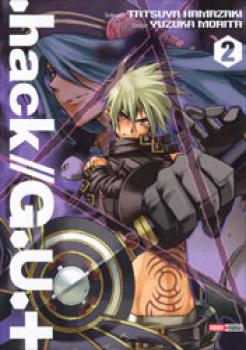