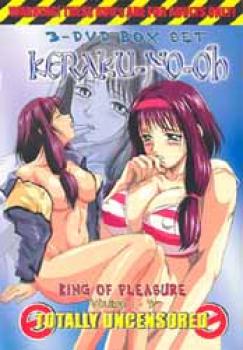 <UL><LI>No friends, daily beatings by bullies & even his parents have given up on Ryouichi. However, his life changes one day when a new girl transfers into his class. Chihiro is an old childhood friend, and she remembers Ryouichi. She is unaware that he has suffered brain damage from an injury he suffered while they were playing as children. Riddled with guilt, she offers to do anything for him. taking advantage of the situation, Ryouichi demands sex from her. Her conscience does not allow Chihiro to back out, and she agrees. Ryouichi quickly learns that he is infallible in bed, that he has a secret weapon. After years of abuse at the hands of his classmates, he only has one purpose...revenge. He sets out on a carnal, perverse journey to turn all the women that disdained him into his personal sex slaves...<LI>Ryouichi sets out on a carnal journey of revenge after he learns that his cock is infallible, in both size and duration! All women that disdained him will become his prey! Kanata is a school bully, and the judo captain. He vows to get her after tolerating beatings by her and her cronies. He discovers Kanata's desire for multiple penetration, and the whole judo team helps him with his revenge in a torrid gangbang! The school nurse, Miyako, is his other target. It's time for the sexy, cool blonde with a sadistic streak to pay for her insolence with a hardcore threesome! A shocking tale of revenge and desire!<LI>Arousal, assault, slavery

Ryouichi has only revenge and hatred in his mind. Suffering from brain damage during a childhood accident, he is mercilessly bullied by his classmates. His childhood friend, Chihiro, has agreed to help Ryouichi get revenge from all the women that have tormented him at school. However, Chihiro's conscience in his quest finally takes over, and she refuses to help him anymore in his quest for carnal payback! Can Ryouichi finish his revenge without Chihiro's help? Ryouichi has one final vitcim remaining before his mission is complete, and her name is Tamana Tsukino. The student council president, she is a quiet girl with a masochitic streak, paired with a nose that's ultra-sensitive to cum! Can Tamana handle the depravity that Ryouichi has planned for her? Filled with shocking hardcore sex, watch the surprise ending of this disturbing tale of Ryouichi's quest for revenge!</UL>