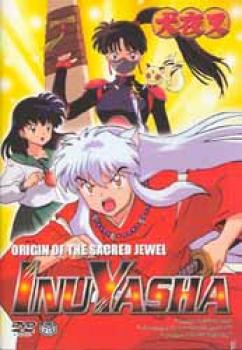 I will tell you...how the sacred jewel came to be. Believing Inuyasha responsible for the death of her kin, Sango, the Demon Slayer, launches an attack against Inuyasha and the others. Eventually convinced of Naraku's duplicity, Sango returns to the Village of the Slayer for healing, her injuries preventing her from pursuing the insidious demon further. There, Sango takes the group to an ancient cave where the Sacred Jewel of Four Souls was said to have been born. Later (and now joined by a more-recovered Sango), Inuyasha and the others come to a large lake said to be ruled by a water god. When it's discovered that this so-called "god" is requiring child-sacrifices, the possibility that a Jewel Shard is involved is raised...<UL><LI>Episode 025 - Naraku's insidious plot!<LI>Episode 026 - The secret of the sacred jewel revealed!<LI>Episode 027 - The lake of the evil water god</UL> 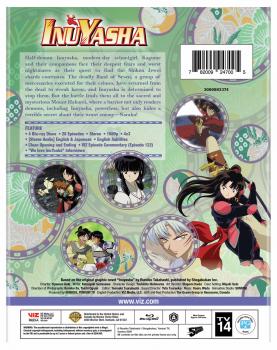