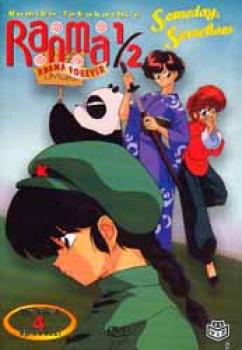 <UL><LI>A ninja's dog is black and white
Ryoga (in his usual, directionless way) comes upon a peculiarly colored dog making a stand against a pack of wolves deep in the forest of...somewhere. After chasing the pack off, Ryoga makes camp, confiding in the black-and-white dog his feelings for Akane. But when the dog takes a love letter which was never meant to be sent, Ryoga has to get that letter back - one way or another!<LI>The Tendo dragon legend
When Ranma and Akane encounter a strange, seahorse-like creature in a puddle of water, they decide to take it back home to the Tendo Dojo. Even as it's being idintified by Dr' Tofu as a legendary dragon of awesome powers, there are those coming after it - including the Frog Hermit of previous episodes. Can it be that this so-called legend can cure certain curses afflicting certain houseguests in the Dojo?<LI>Boy meets mom, Part 1
Word arrives at the Dojo that Ranma's mother - his little-seen, long longed-for mother - is coming for a visit. Everyone's excited...except for a highly agitated Genma, who insists he and Ranma leave - immediately! - for another training journey. Not having seen his mother for so long, naturally Ranma's against going...but Genma makes a shocking confession...<LI>Boy meets mom, Part 2
Someday, somehow... Having learned of his father's long-ago death-pact with his mother which states that he, Ranma, be either reared as man among men or be put to the sword (along with his father!), Ranma struggles desperately to avoid a seemingly all-but-inescapable fate. Can Akane's intervention with Ranma's bushido-minded mama prevent the inevitable, or has Genma made his last mistake...ever!?</UL> 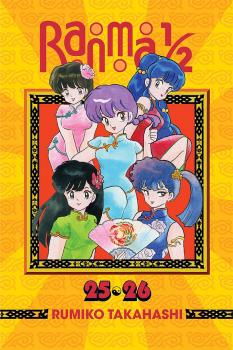 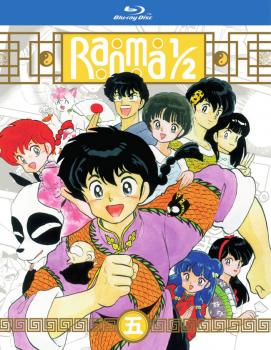 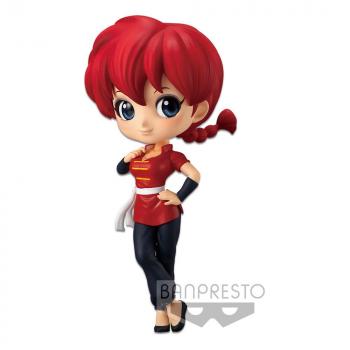