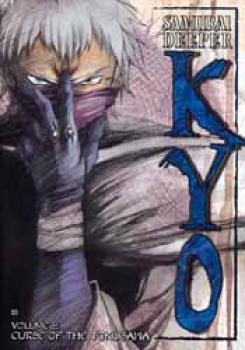 You saw it too, didn't you? The Red Mirage. It is said that each generation of Muramasa swordsmiths creates one weapon so powerful that it spawns a legend of its own. These cursed weapons have haunted the Tokugawa clan for three generations, and now one of them serves as the prize for the Shogun's tournament. Benitora enters to prove his independence from the Tokugawa family, but his first opponent is none other than Demon Eyes Kyo. Even though he is overmatched, Benitora swears to fight to the finish against Kyo's Red Mirage: an attack that turns the target's inner demons against him.