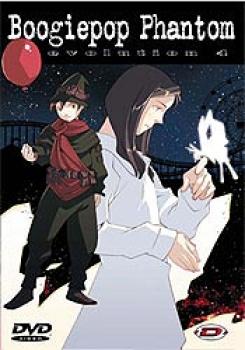 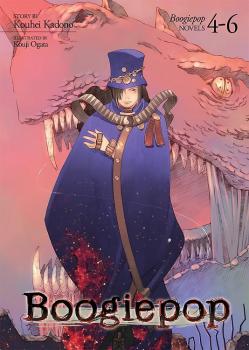 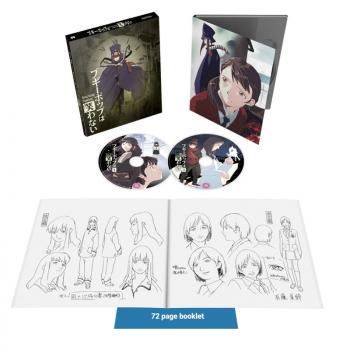 Boogiepop Phantom has delivered some good chills over its short episode run, but the final episodes struck me as just a little disappointing. The conclusion's just not quite as creative, not as effectively creepy and engrossing as what has gone before. Maybe it's because spooky abandoned theme parks and children turning against adults have both been done to death in the horror genre already (Children of the Corn, Village of the Damned et all). The whole showdown with Poom Poom and the theme of refusing to grow up felt just a bit trite. It doesn't help that the series goes into obtuse overdrive during these episodes, throwing such an amount of loose ends at the viewer as to ensure maximum confusion. Boogiepop Phantom's fragmented style worked well in its early episodes, where it gave tantalising glimpses of a bigger picture through loosely connected scary stories. The final episodes don't nearly pack the same punch, however. The last episode gives us one last tangle with the Manticore, but suffers from the same lack of oomph and overly confusing elements. The show suddenly switches to full colour for its last episode, with none of the grainy, out-of-focus effects that dominated the show so far. It's creative but didn't add all that much to the episode. The final word on Boogiepop Phantom, then, is that it's a damn good bunch of scary stories marred only by a slightly disappointing last stretch.
Dybex's DVD release is still a very Spartan affair. There are no extras to speak of, and the menus are still a chore to navigate. Sure, the menus sport lots of pretty pictures, but when it takes forever to load the main menu and to switch between menus, I would've preferred a sleeker, more user-friendly approach. With the price marked down the way it is now, this purchase won't hurt your wallet a whole lot, but the Region 1 release outshines this one in every way.