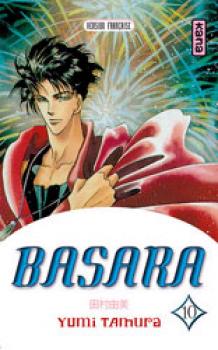 Other items in Basara manga FR

War breaks out between Japan and Okinawa, and Sarasa is caught in between. Amidst the political machinations and personal drama, she reveals her secret and finds the resolve to finally tell her allies about her real identity. It¿s a big turning point for the character, and a very nice scene which lifts up the entire volume (but they still throw in a cliff hanger at the end, because the girl can¿t catch a break).