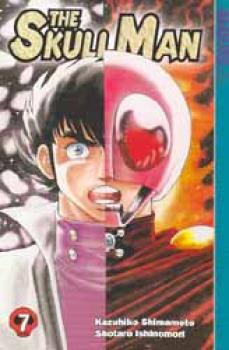 Rasputin has one last chance to kill Ryusei Chisato (a.k.a. The Skull Man) or else face the ultimate punishment at the hand of the as of yet faceless leader of the Syndicate. Desperate to complete his mission, Rasputin brings in the Rider Women, but Cobra Man has a score to settle with their prey, and he isn't too appreciative of outside help.

So a bloody war is about to erupt among the genetic mutants of Earth, and all of humanity stands in the balance. Maya and Garo prepare for Rasputin's impending attack on their base, Tiger Moon, while Ryusei hurries to crack the code of his paernt's research. But however much they ready themselves for the battle beyond Tiger Moon's walls, the battle within is far fiercer. The spirit of Ryusei's grandfather is not wholly expunged from his life and may manifest in the most unlikely of places.