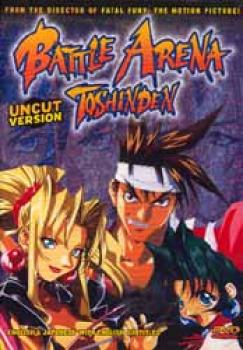 Based on the hit video game!

Once a year, the greatest warriors in the world compete at the famous Toshin Tournament. Master swordsman Eiji Shindo has returned to test his skill with the blade once more. But the contestants are stalked by a mysterious enemy who appears to be Eiji's long-lost brother, Sho. Now, Eiji must solve the mystery behind his disappearance and prepare to face the deadliest foe he's ever fought. At last, the ultimate battle between the world's greatest fighters will be decided.