A new breed of Aragami is born!

A renegade scientist in San Francisco has found a way to create a new creature known as a Neo-Aragami without the power of Susanoo. When these monsters start to terrorize California, the U.S. turns to the old members of the Terrestrial Administration Center (TAC) for help. All your favorites from the original series are here: Matsudaira, Kome, Yaegashi and Takeuchi. Now a mysterious new girl has appeared on the scene. She is Valencia, and American who, like Kusanagi, has the power of the Mitama - and she may have eyes for Momiji's boyfriend.<UL><LI>Mission: Eradicate Kushinada, Operation Mitama, Phase I<LI>Mission: Eradicate Kushinada, Operation Mitama, Phase II<LI>Six babes bathing in a killer hot spring</UL> 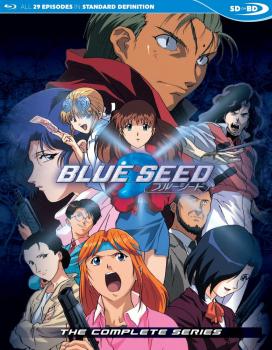