You are under arrest Motion picture DVD 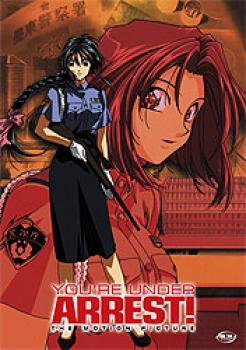 You are under arrest Motion picture DVD

Terror in Tokyo... with the fate of the city on the line!

The hard-working men and women of the Bokuto Traffic Corps are back on the scene, but this time they've got more to worry about than everyday traffic violations! During a routine arrest, they recover a secret document. Contained in it are step-by-step instructions to terrorists on how to wipe Tokyo off the map! Even the precinct station isn't safe from the bloodthirsty murderers that want this information or from the rogue who wrote it. Can Miyuki and Natsumi rally their fellow officers in time to save themselves and the city? Or is Tokyo doomed to destruction at the hands of a vengeful madman? The fastest and wildest policewomen in Japan are up against their greatest challenge ever in You're under arrest: The motion picture!