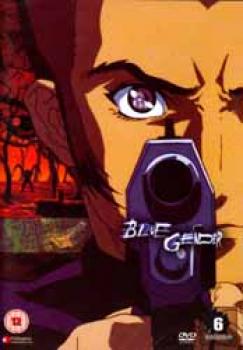 <UL><LI>Episode 16 - A sign
A large attack force is sent to Earth, the first wave in a new campaign to reclaim the planet from the Blue. Yuji is awed when a fellow Sleeper, Tony, wipes out an entire Blue nest on his own. Yuji determines to be the best, at any cost. But is this unhealthy obsession with beating Tony really a Symptom of a much greater problem?<LI>Episode 17 - Eclosion
Marlene notices that Yuji's behavior is getting stranger and stranger. On the battlefield he is a force to be reckoned with, but he has an unhealthy obsession with destroying the Blue. Has Yuji turned into something that he once despised -- a cold-blooded killer?<LI>Episode 18 - Choas
Director Miyagi reveals to Marlene the true cause of yuji's accelerated rate of achievement -- an infestation of "B cells" that have begun to eat away at his mind. And unless she can do something to stop it, Yuji's sanity will soon slip away completely.</UL>