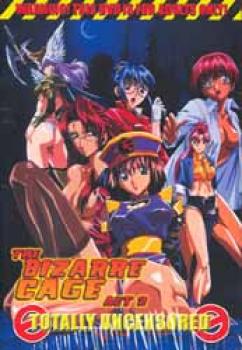 Saito is depressed over Kashiwara's death. He feels partially responsible, since the murder happened during his shift as a security officer.
As Saito enters the dressing room to leave for the day, he accidentally discovers morimoto's secret . While they are talking, police officers barge in and arrest Morimoto for the murder of Kashiwara!! However, Saito is convinced that Morimoto is not the murderer, and vows to unravel this mystery!
During his investigation, Saito is called into the control room of the park. Maos, the operating system that controls the amusement park, is quickly spinning out of control. While Saito is trying to control the panic inside the control room, tamami is captured and thrown into the dungeon. Partially stripped, bound, and gagged, tamami struggles as inouye forcefully spreads her legs open...