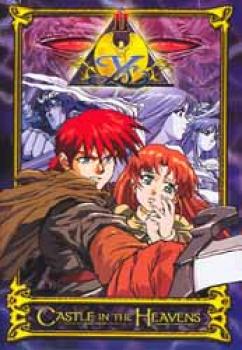 Adol has finally collected the six books of Ys and defeated Dark Fact. When the smoke of the battle clears, he finds himself far above Esteria, on the legendary floating continent of Ys. He befriends the young Lila, but is shunned by most of the local inhabitants, who want nothing to do with him. Dares, his old enemy, resurfaces and then reveals his true power. All of Ys is thrown into chaos, and even Adol himself falls to the evil influence of the Black Pearl. Arcane magic and heroism explode in this final chapter of the books of Ys.