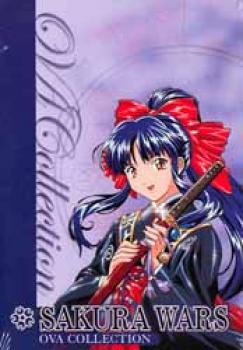 This collection contains the four feature-length volumes of the Sakura Wars saga, spanning the early days of the Flower Division as the incredible band of fighters is drawn together in the shadow of a tragic past through the end of the legend as warfare gives way to the life they fought to preserve. Together, these wonderful volumes tell the entire story that was too massive to complete in the popular series.

No evil can stand against them...

Throughout time, tales of the Imperial Flower Combat Troop have thrilled the world. Now, three of the most popular animated stories ever told: Sakura Wars, Sakura Wars: Return of the spirit warriors, and Sakura Wars: Wedding bells, have been gathered into one amazing OVA collection!

Venture into the lives of Sakura Shinguji and the Imperial Flower Combat Troop as they defend the world from evil. Winess the battle that will shape one girl's destiny and seal the fate of many. Follow the legendary warriors as they struggle with the shadows of their past and the demons of their future.

Adventure awaits in this monumental chronicle of Sakura Wars! 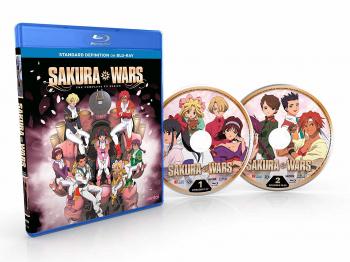