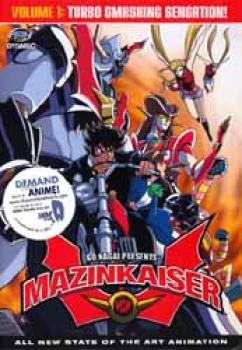 Dr. Hell has resurrected an ancient army of mechanical monsters to conquer the world, but first he has to destroy the photon power lab and the one thing standing in his way: Mazinger! Nut it's going to take more than defeating Mazinger for Dr. Hell and his evil henchman baron Asgura to clear their way for world domination, because there's a new kid in town, and he packs quite a punch!
Can young Koji Kabuto, as the runner behind the amazing Mazinkaiser, deal out the thunder faster than Dr. Hell's army can take it?
With the help of the team of Mazinger, boss Borot, and Venus Ace, Photon power may yet save the world! 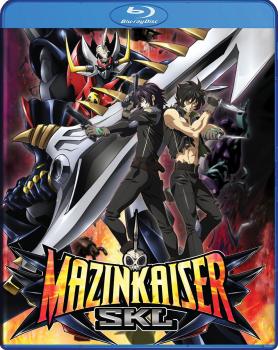