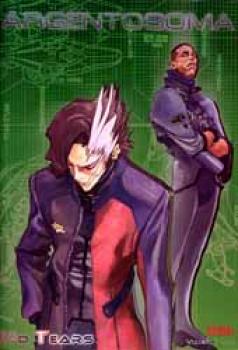 Other items in Argento soma TV DVD US

Funeral is under attack

Ryu Soma continuees to work with the men and women of Funeral, but he is beginning to doubt himself. Why hasn't he finished the job and destroyed the alien to get his revenge? What is he doing in Funeral? All these questions prompt him to take some rash actions, and he engages the alien in combat.

meanwhile, the largest alien ever approaches Earth. Attempts to destroy it prove futile, and soon it is on a course that runs right into Funeral's home base! The Funeral team responds, but nothing seems to stop it. Their last resort is the Fefnir, a charged particle accelerator, but even this enormous weapon proves ineffective...<UL><LI>Episode 11 - Malice and betrayal<LI>Episode 12 - Betrayal and despair<LI>Episode 13 - Despair and Hope<LI>Episode 14 - Hope and chaos</UL>