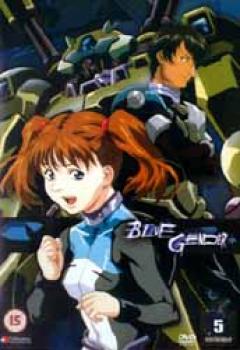 <UL><LI>Episode 13 - Heresy
When Yuji disappears from the Medical Station, Marlene defies orders and decides to find him on her own. Now, with Amick Hendar's security forces on high alert, Marlene must descend into the lower reaches of the Military Station to find the one man who may know Yuji's whereabouts -- Science Director, Seno Miyagi.<LI>Episode 14 - Set
Marlene's attempts to free Yuji from the laboratory in which he is being held are thwarted. Now she must once again stand before the High Council to defend her actions, this time with Yuji at her side. When chairman Victor reveals the Council's true reasons for recovering the Sleepers, Marlene is stunned to learn that Yuji may be humankind's one hope of taking back the Earth.<LI>Episode 15 - Calm
After beginning an intensive combat training program with the newly formed Sleeper Brigade, Yuji finds himself the object of another young Sleeper's attention. Even the sterile military environment of Second Earth cannot subdue all human urges, but as Yuji soon discovers, a little human contact could cost him everything.</UL>