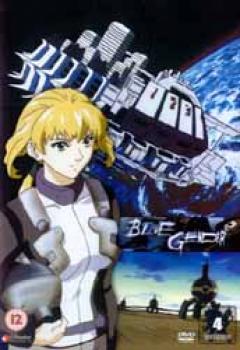 <UL><LI>Episode 10 - Tactics
Marlene and yuji arrive at Baikonur, only to find the space base in a state of chaos. The facility is crawling with Blue, and the computer defense systems have turned on their human counterparts. Now, with supplies and personnel dwindling, the assembled recovery teams must launch a desperate bid to regain control of the base.<LI>Episode 11 - Go mad
the lives of the remaining recovery squad members are thrown into jeopardy when a renegade officer attempts to hijack the shuttle and escape on his own. The attempt is thwarted but the cost is the diversion of valuable resources from the battlefield, where Marlene and a small team of armor shrike pilots are fighting to stay alive.<LI>Episode 12 - progress
yuji is rushed to intensive care after being attacked by a Blue aboard the shuttle to Second earth. now, marlene must face an inquiry before the High Council and defend her recent actions on the planet's surface. But marlene has questions of her own, and soon begins to suspect a dark design behind the council's plans for the recovered Sleeper, yuji Kaido.</UL>