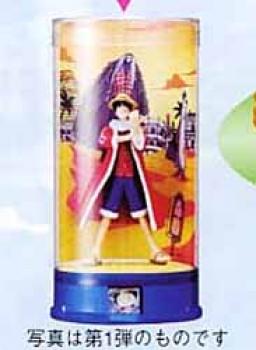 This is the second One piece Kyarakan release. This release will feature 12 different characters. When you order this item you'll receive one diorama cilinder with one figure displayed in it. 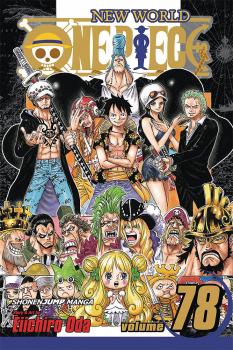 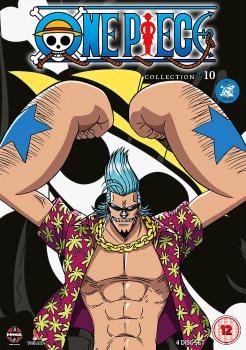 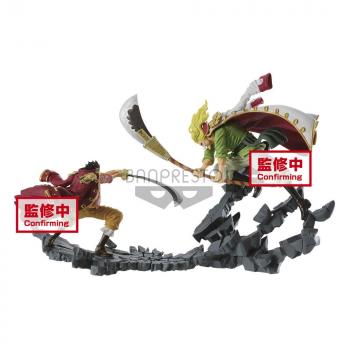 it`s a secret, who is in the box? so nice figures, with scene pictres too

I picked up a few of these from a Japanese supermarket once. The intriguing cylindrical packaging with a very cool group shot on it is very eye-catching. The figures themselves aren't all that special, though. They're nowhere near as detailed or well-painted as most gashapon releases, and their faces usually look pretty poor.

The figures do have a little something special, however. The plastic cylinder in which they come packaged is in fact a display stand that doubles up as a little diorama. Each figure comes with a paper insert featuring some art (a blue sky with some ship's railings, for instance) that can be propped up behind the figure to serve as a background image. The back of the insert features some very nice art of the character on one of those trademark 'Wanted' posters. Thus displayed in a clear cylinder with its very own little scenic background, the figure can be rotated around, and the base of the cylinder has a small window in it that displays different images of the character as it rotates. This turns a bunch of so-so figures into some pretty cool novelty collectibles.

The full set consists of 23 figures, including two 'secret' ones (i.e. the insert features two black slots, hinting at two unrevealed figures). Apart from all the regular protagonists, some popular secondary characters are featured, such as Mihawk, Zeff or several of the Baroque Works characters. Fans will be delighted to see these characters included in the set (it's a pity they didn't include Arlong, but that's life), and with a large set such as this, you've got a lot of collecting to do. Note that Lufy, Zorro and Chopper are all featured on two different figures in the set (in different poses or costumes). It's a big set featuring lots of fan favorites, so One Piece enthusiasts probably won't regret parting with some pocket money to get a few of these. I personally don't think the figures are pretty enough to merit a premium place in my collection, but the nifty cylindrical display is a fun gimmick.