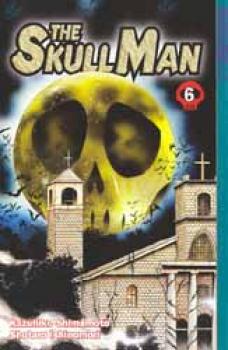 Despite losing the Wasps and Chameleons, Rasputin still has the upper hand against the Skull Man. He has captured both Detective Hioka and Maria and taken them to his undersea command base. There, Rasputin tries to use his own psychic powers to mutate Hioka into one of his warrior-slaves and to force Maria to reveal the Skull Man's secrets. Things go awry when Hioka proves to be so morally resolute that he can withstand Rasputin's dominance... and Maria's new psychic link to the Skull Man enables her to transform into Skull Maria to fight back against Rasputin. But this advantage suddenly becomes a deadly weakness when the skull Man in Tokyo, is attacked by yet another of the organization's freakish killers, the Vulture Man.